Haha, I got you with that title didn’t I? Well, scroll down to skip to the last part of that headline.

59 days, so many hours, and fewer minutes, and it’ll be December 9, day of “White Rock Marathon“.  However friends, I am not doing the marathon, as I will be doing the half. 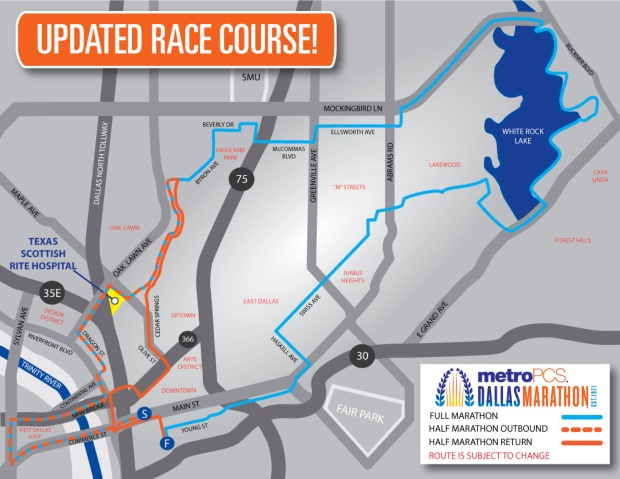 For those that are new or unfamiliar: A full marathon is 26.2 miles & the 1/2 marathon is 13.1. About a year and a half ago, my sister and brother decided they would be running the 2011 race. New to running, my sister commited she would train for the 1/2, while my brother, a soccer player since 3, casually mentioned he was doing the full. To be completely honest, I was shocked. First of all: we are not a “run for fun” kind of family (except maybe my dad when he was younger & my bro who is like ‘I workout’-que LMFAO, and actually does). Before, you would never have overheard one of us state, “I’m going for a run & I’ll be back in an hour”. What you would have heard is, “Do you want to go to the gym today? Mmmm, not really – my favorite show is on, but let’s go tomorrow”.

As the months flew by,  I would ask the siblings for distance updates, and was suprised the day my sister said she hit 8 miles. Then one evening two weekends later, as I was pulling up my parents driveway, my brother and 3 of his friends ran up, sweaty & tired. I asked, “How many miles today?”, and they all yelled in unison, “21”. Flabbergasted, I never believed they were so committed, so decided then and there, that I would be at the finish line cheering them on as they met their personal goals.

The day of the marathon (Dec. 2011) I woke up early to guarantee a “ideal picture spot” and found a great one next to my Dad & sister Elissa. However, earlier that morning the weather took a turn for the worse and dumped continuous freezing rain on a already 42 degree morning. 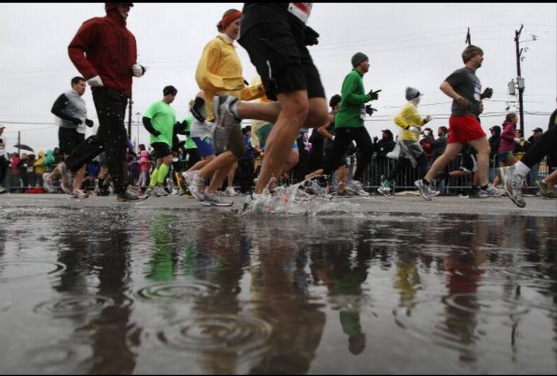 The ENTIRE race, the skies were open, dumping their excess on the committed many who braved the day (Think: wet socks, wet shoes, and bloody male nipples-I saw many of these on male runners) And while I stood there, praying the next runner to turn the bend was my brother or sister, I thought of how proud I was that they had set a goal and were going to complete their goal, that day. Another inspiring moment for me was when a parapalegic wheeled across the finish line on a specially designed “trike-bike” and everyone cheered for him. Talk about getting past your “handicaps” and making life be what you want it, still full of possibilities. 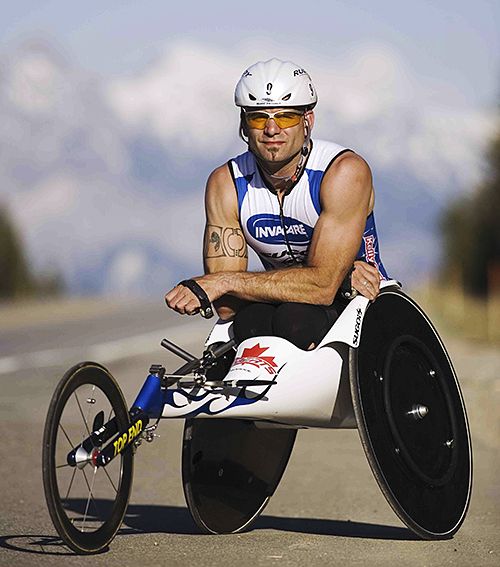 Example of trike-bike, that is powered soley by one’s arms.

After that, I decided (while freezing) that next year I would be there running the 1/2 by myself or with whomever else in the family wanted to join me. 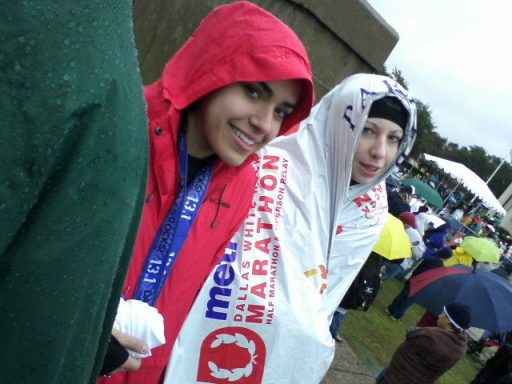 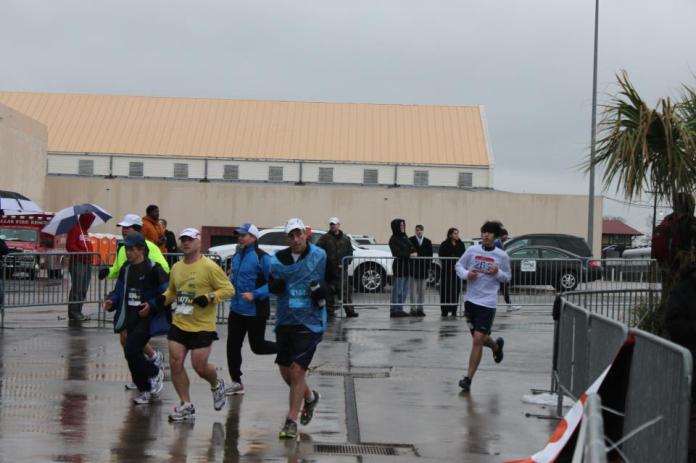 Sam, my brother (far right) rounding the final bend of the full marathon.

That takes us to present day. Now. I am really struggling. Just this past Saturday I started to run again, after taking a month off. After picking up after such a long break, it was not as hard as I thought, though I am beginning to feel a little intimidated. My knee has begun to hurt and its a steady pain while running somedays. I am worried that its going to affect my race time and more importantly my run!! My worst nightmare would be having to walk a few times during the race &  I want to run the whole time (this is for myself).

So you might ask, “How have you been preparing for this December?” And I’ll actually list it out for you. 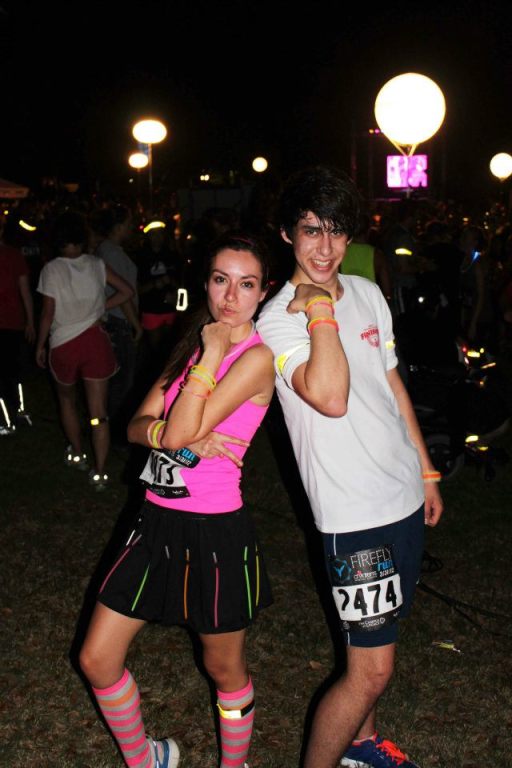 My brother Sam & I at the “Firefly Run” after crossing the finish line. His finish time is around when I am 1/2-way through the run. 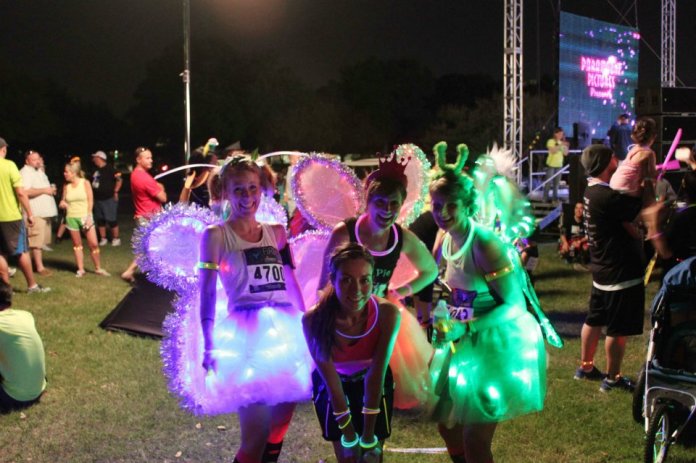 Just some fairies & me 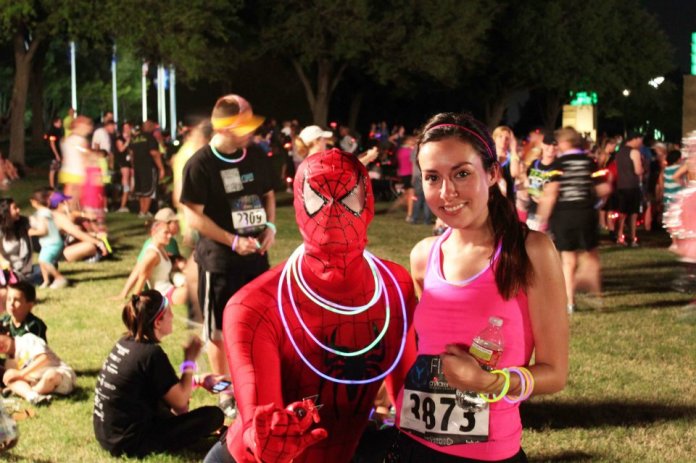 The last run I will participate in before the Dallas White Rock, will be the  8mi. Turkey Trot! See you there! 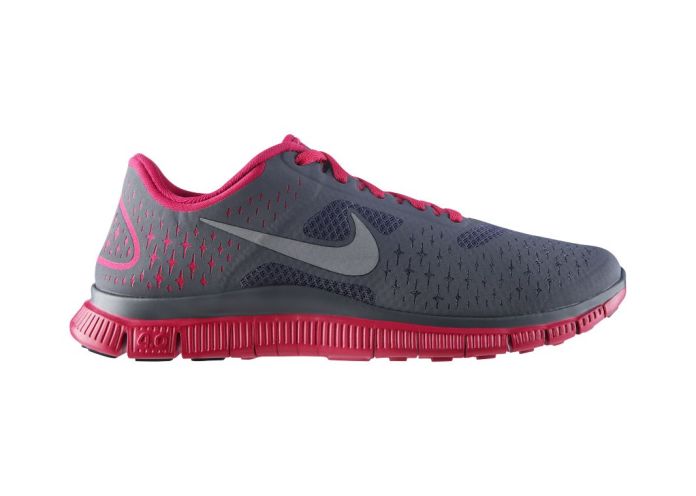 So there you have it! If you have any advice or encouragement, I would love to hear from you & look forward to find out if any of you will be there running alongside me, this December ’12!

4 thoughts on “My struggle, Hal Higdon, and bloody nipples”